Our terrific South Africa tour guide, Des, has written a number of poems about select Ntaba trips he has led. He has kindly shared them with us for your pleasure. Here is the first one. Enjoy. ?

JRO Airport, Arusha is where it all began,

For Carol & her touring clan.

Modi & Issa drove in the dark so well,

To get the team to the African Tulip Hotel!

We left after breakfast for the Tarangiri National Park,

The Ntaba bright wheel covers were a significant mark!

Bug spray was applied & we popped the vehicle roof,

To gain a good view of the Zebra, from head to hoof!

A variety of game there was to see,

Even a glimpse of a Python in a tree.

Eland, Gazelle and Elephants at their best,

Lions & a Leopard in a tree, enjoying a rest!

Between the Lodge and the Lake, there is no fence.

The Paige & Page alarm did not activate,

All was good and there was no running late! 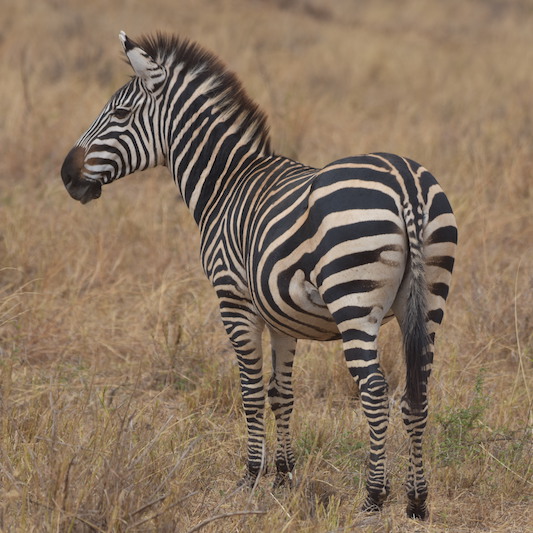 Leaving Maramboi it was on with the Maasai attire,

All enjoyed the singing and the men jumping higher & higher.

Interesting to witness the making of fire and flame,

And a tour of the dwellings, no two structures built the same!

Down into the Crater we did go,

At a distance, the only one seen, was a Black Rhino.

Enjoyed the packed lunch at the Hippo Pool,

Watching the Hyenas try & take a Warthog for a fool!

Out of the Crater headed for the Sopa Lodge,

A few challenges were encountered which we needed to dodge.

Yet another alarm problem left him somewhat harassed.

Although not late, Des was rather embarrassed!

It was time then to board the 12 seater plane

And head north flying over the Serengeti terrain.

Paige was a little nervous and received much support and care,

Whilst Anna was glad for the initial burst of fresh air! 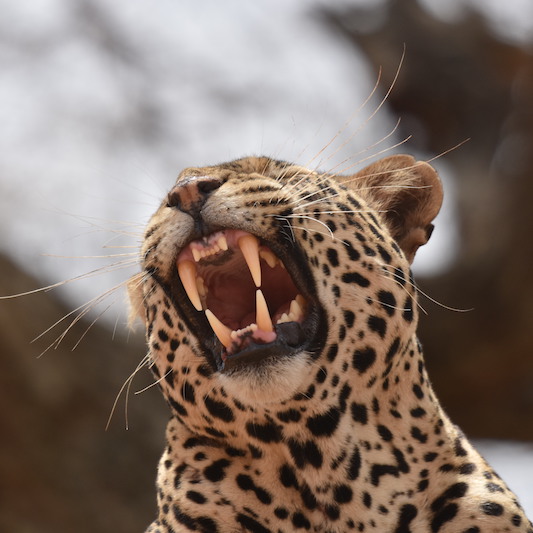 The flight was smooth and the pilot was fine,

We landed at Kogatende in double quick time.

It was great to meet Eddy and Shatri,

As we waited a while and enjoyed a coffee and tea!

Where Wildebeest had gathered numbering one thousand times eleven.

We watched and waited whilst parked under a tree,

When, in a flash we were part of a dusty “grand prix”!

Observing the Marabou Stork and the Vulture

It is clear they feed with no display of culture.

Sadly there was no crossing en masse,

So we headed for the Lodge Kaskaz!

Nolen was so keen to go out for a run,

But being pursued by a Lion did not sound like such fun.

Doing planks and stretching the rubber band, Jim is quite “the machine”! 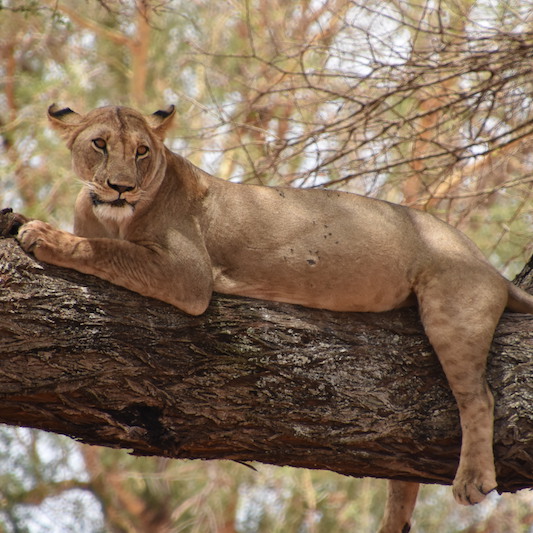 The stay at this lodge was much like a dream,

Fantastic service from Charles and his 14 man team.

The clan was introduced to an Amarula shot,

This was enjoyed as it hit the spot!

It was then time to catch the next flight,

This time Kathlin occupied the seat up front on the right.

We stopped in at Mwanza for a passport stamp,

Dale then flew us all the way to Kigali, he was an absolute champ!

Jean-Marie and Eric stopped at an ATM for Jim to draw cash,

Unfortunately the machine swallowed the card in a flash.

Card was retrieved and Jim’s frown was replaced with a grin,

We raced on and Kathryn was so keen to check in!

The Gorilla trek was tough and rather steep,

We passed by potato fields and even some sheep.

Once we crossed over the National Park wall,

The rainforest was lush with plants green and tall! 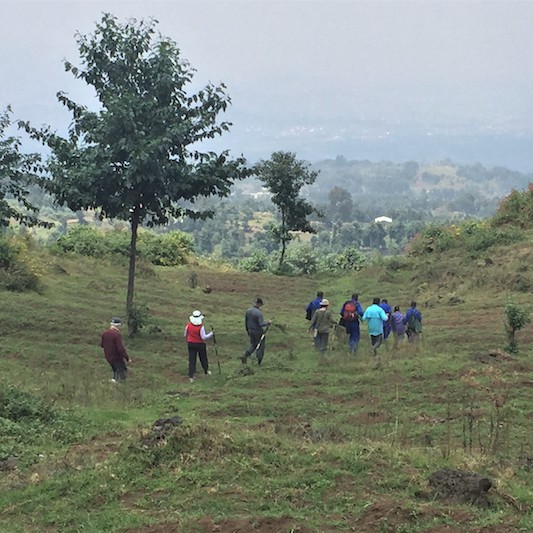 The weather was clear and the Gorillas were calm,

Clearly they sensed we meant them no harm.

A mom and her baby took a little walk,

Suddenly, the mom felt separated from the troop,

Shouting, she hastened back to join the group.

This made a few hearts skip a beat,

Fortunately the Silver Back did not rise to his feet!

All too soon it was time to bid farewell,

There were mixed emotions, it was easy to tell.

We headed down the slopes lead by the Guide,

Back to the Lodge to exchange stories once inside!

The final day it was time for the “Cultural Show”,

Eric and Jean-Marie showed us where to go.

A welcome performance by the “funny little fellow”,

Who displayed great skill with the bow and arrow! 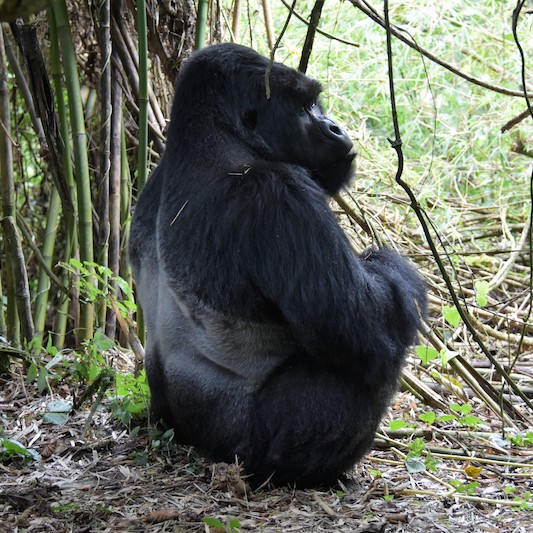 The King and the Queen took up their place,

Carol so cool, Eric regal even with a stern face.

Melva and Kathryn donated a goat to a local,

These guys were butting heads and being rather vocal!

Then time was spent at the Genocide Museum,

Concluding this visit we headed back into the traffic!

Enjoyed lunch kindly hosted by Osborne and shared a joke,

Sadly, still no trace of the favorite flavored Coke.

The time was upon us for the final stop,

To hand the orphan children candy and a lollipop!

At Acts4Rwanda David and Maureen teach the women to do sewing,

The Love they offer see the children in confidence growing.

Susan was approached by the children to say her say,

Whilst Carol was keen to take them all back to the USA!

As the saying goes: “All good things come to an end”,

By now, all in the group had made many a new friend.

So, work on the next African journey as time goes by so fast,

Until we meet again, savor the memories and long may they last! 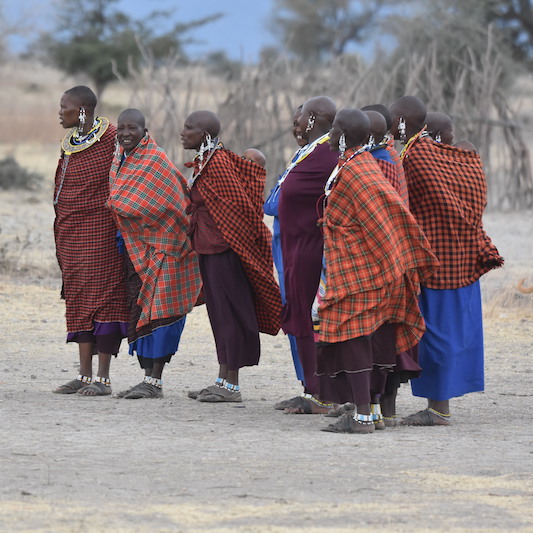 Did you enjoy that? Maybe you would like to join Des on a trip to South Africa? If so, let us know info@ntabaafrica.com.