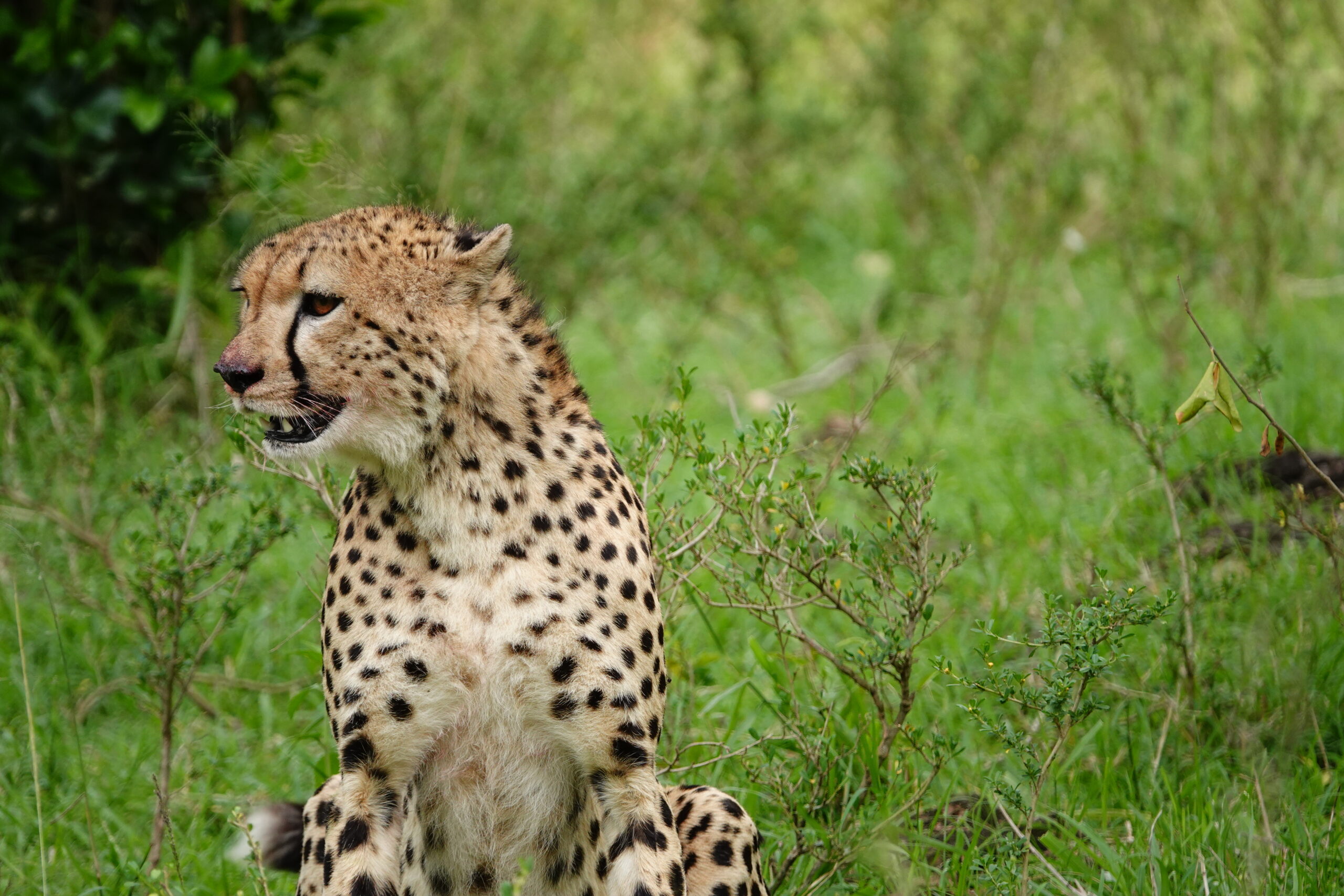 The area hosts many animal species in its diverse habitat including Lion, Elephant, Leopard, Black and White Rhino, Spotted and Brown Hyena, Cheetah and Wild Dogs.

The entire reserve, with an area of 132 miles2, is fenced. In 1994 a game reintroduction program of endangered species and species previously extinct to the area commenced.

This was part of the first-ever relocation of intact family groups of adult elephants from the Kruger National Park. In 1995, spotted hyenas, hippos, and white rhinos were also relocated onto the property and the following year cheetahs came back to the area. In 1995 five lions were reintroduced.

The area currently hosts all the game species previously indigenous to the area, with the exception of roan and sable antelope.

A disease-free buffalo breeding project has commenced, bringing the species back after an absence of more than 50 years. Large mammal species including the ‘Big Five’ – lion, leopard, elephant, rhino and buffalo occur.

The Selati Game Reserve, a wide-reaching expanse of uninterrupted natural beauty, is home to an abundance of life. This nearly 28 000 hectare reserve set in the heart of Limpopo, Southern Africa, was established in 1993 with a vision to preserve and uplift the surrounding wildlife that plays a crucial role in the country’s heritage.

The Selati Game Reserve is host to over 50 mammal species. Many animals were transferred to the reserve in an effort to augment populations and improve the gene pool of existing species, but it was the reintroduction of black rhino, elephant, and lion that truly uplifted and enhanced the reserve’s biodiversity.

Eland and giant sable antelopes roam the expansive bush as leopard and cheetah prowl the plains. If you keep your eyes peeled, you may just catch a glimpse of our other rare species, including the Sharpe’s grysbok, mountain reedbuck, brown hyena, pangolin, and the Cape clawless otter.

Balule Nature reserve is a private nature reserve located in the Limpopo province of South Africa. It shares an unfenced border with Kruger National Park, and is part of the greater Kruger area.

Balule is part of an open system covering an area of over 2 million hectares between South Africa, Mozambique, and Zimbabwe, where the animals freely roam.

Endangered species such as the African wild dog and the cheetah are frequent visitors of the reserve. Balule is also known for its famous large tuskers who are commonly spotted in the area. 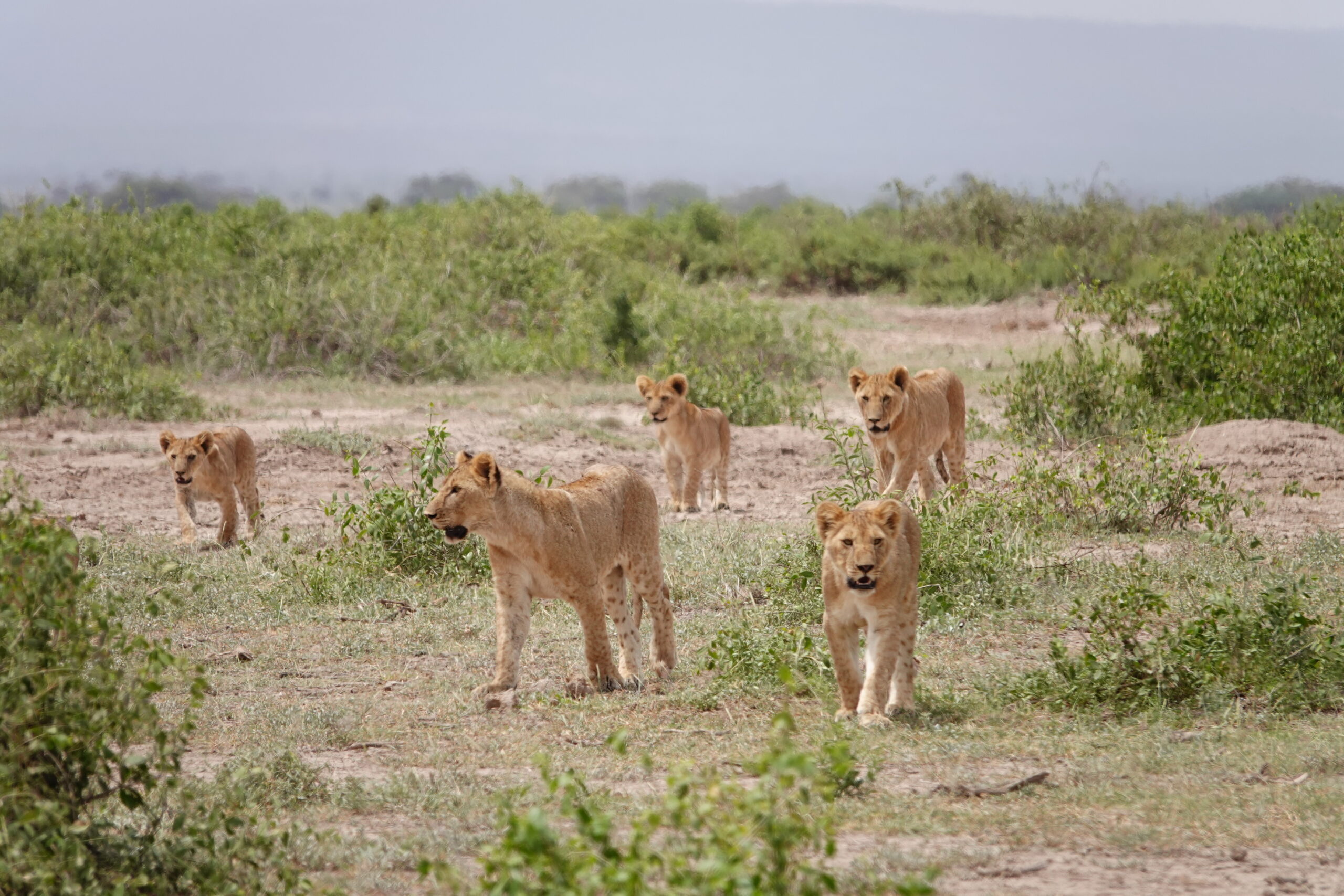 Besides the Big 5 that frequent the reserve, you are sure to spot a variety of other rare predators and birdlife. Other fantastic wildlife you can see at Klaserie Private Game Reserve are feisty honey badgers, crocodiles, cheetah, hyena, serval cats and more. Herds of elephants, rhino, monkey, hippo, eagles and a variety of vulture species also call this beautiful reserve home.

The Klaserie Private Game Reserve’s prime activity is going on safari and experiencing the great outdoors.

Timbavati Game Reserve covers approximately 53,000 hectares of unspoiled South African nature. With no fences between Timbavati and the 31 mile border with the Kruger park, the animals are free to roam.

Known for its natural splendor, wide swathe of bush and high density of wildlife – including the Big Five, over 350 bird species and the rare white lion. 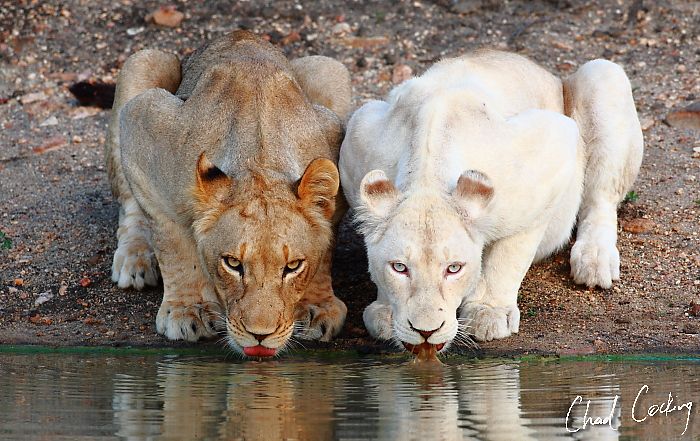 The name Manyeleti means “Place of Stars”, as during the night, the skyline of Manyeleti is dominated by billions of bright stars.

There is also a big upside compared to staying in Sabi Sands or Timbavati: it is much quieter in terms of visitor numbers. Sabi Sands is the well established name, attracting a large amount of visitors just for that reason. Manyeleti is much lesser known, and also has a very limited number of private game lodges.

Sabi Sands Game Reserve is over 160,000 acres of gorgeous landscape filled with breathtaking wildlife. Having no fences between Sabi Sands and the Kruger Park and the surrounding reserves, animals are free to roam in a huge natural environment. Besides the ubiquitous Big 5, other game species occur in great numbers, among which are over 300 bird species.

Many of the land surface of what now is the Sabi Sands Game Reserve used to be agricultural land. As cattle farms occurred in the area, a reliable source of water was needed on the farms. To provide this water, many boreholes were drilled, providing a steady supply of water. After the establishment of Sabi Sands as a game reserve, these waterholes and dams were kept intact and still function as water source. It is now not cattle that drinks this water, but the many wild animals in the game reserve. As the waterholes provide an abundance of water throughout the year (and seasonal influences are not much of a factor) Sabi Sands proves to be a very popular place for large herds of animals. This to the enjoyment of travelers and large predators alike.

The original Sabi Reserve was already proclaimed in 1898. It turned out to be the forerunner of the massive Kruger National Park. Many of the original landowners were excised from the area when in 1926 the National Parks Act was passed. In turn, the former land owners created the Sabi Private Game Reserve adjacent to Kruger National Park in 1934. Of these pioneering land owners, six families still own land in the Sabi Sands Game Reserve, they are now third and fourth generation owners. In 1948 the landowners formally formed what now is the Sabi Sand Reserve.

Sabi Sands Game Reserve is home to many lodges that all have something unique to offer. Some are ultra luxurious, and some are quite affordable. Staying in such a lodge implies that meals are included in your stay. Also the most important thing, safari activities, are included in the rate. This is the quintessential advantage of staying in a private game reserve: You will be guided by highly trained guides that can tell you everything about the reserve and the animals. Day visitors are not allowed in the reserve, so you can only stay here when booked into one of the lodges. You also may not drive around the reserve on your own. This guarantees the park’s exclusivity. One of the other major advantages is that when on safari with one of the rangers, they may drive off-road (something that is strictly prohibited in Kruger National Park).

Karongwe Game Reserve in Limpopo, South Africa, is an untamed and tranquil Eden, rich in wildlife and timeless beauty. Sought after Big Five game can be viewed in this vast wilderness and each lodge offers a haven of luxury and indulgence.

Positioned on over 22,000 acres of land, this Limpopo game reserve in South Africa with its lush environment is one of the best locations to spot Africa’s most elusive large cat, the Leopard. Inspirational game drives and walking safaris are guided by superb rangers and trackers, many of whom are native to the land and intimately acquainted with its cultural traditions. 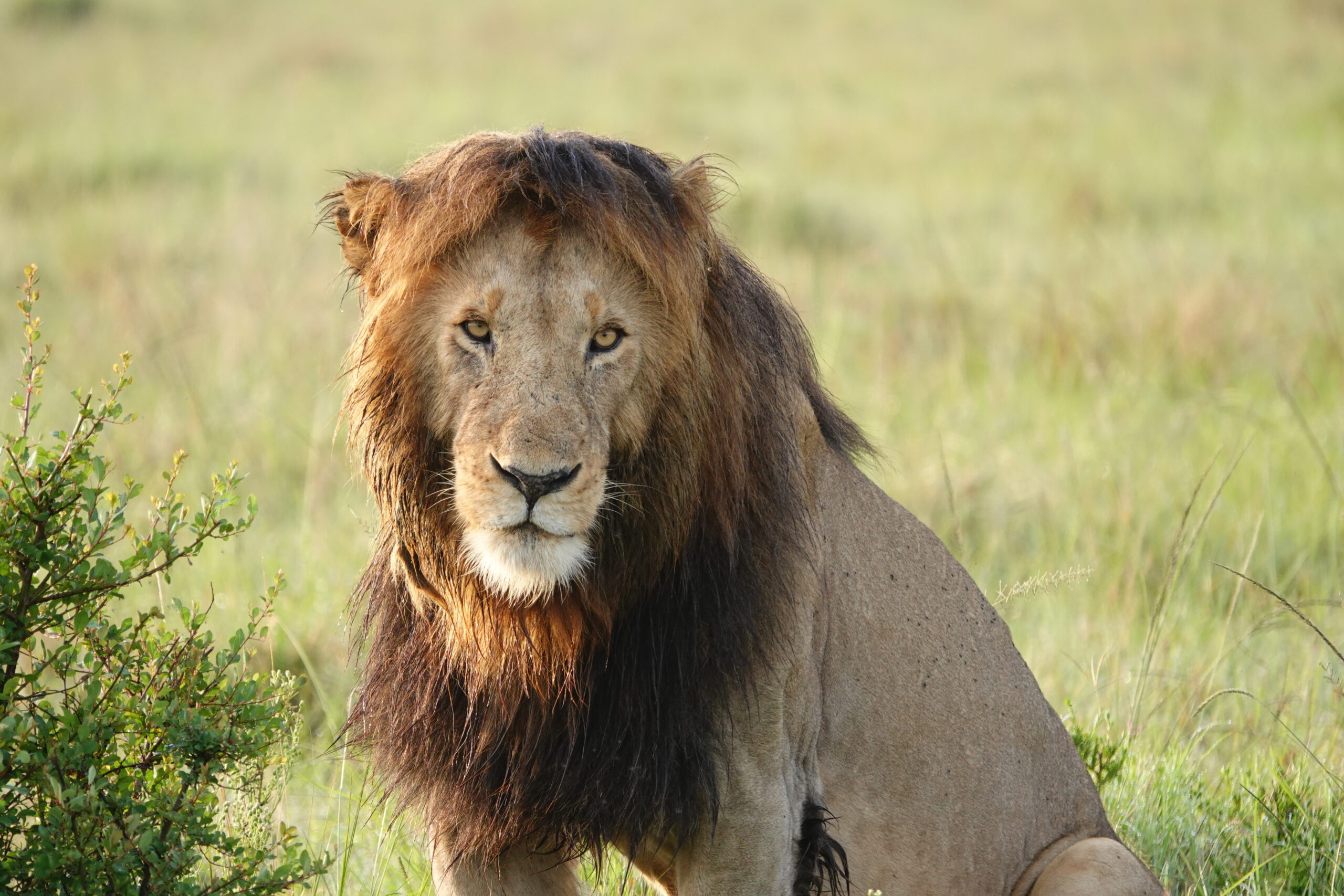