Where should I go: Kruger National Park or Greater Kruger Park?

There is one recurring question we get asked very often: What is the difference between the Kruger National Park and the private reserves adjacent to Kruger? Opinions are divided. Some prefer Kruger, others prefer private reserves. Let’s compare them and take a good look at the differences. 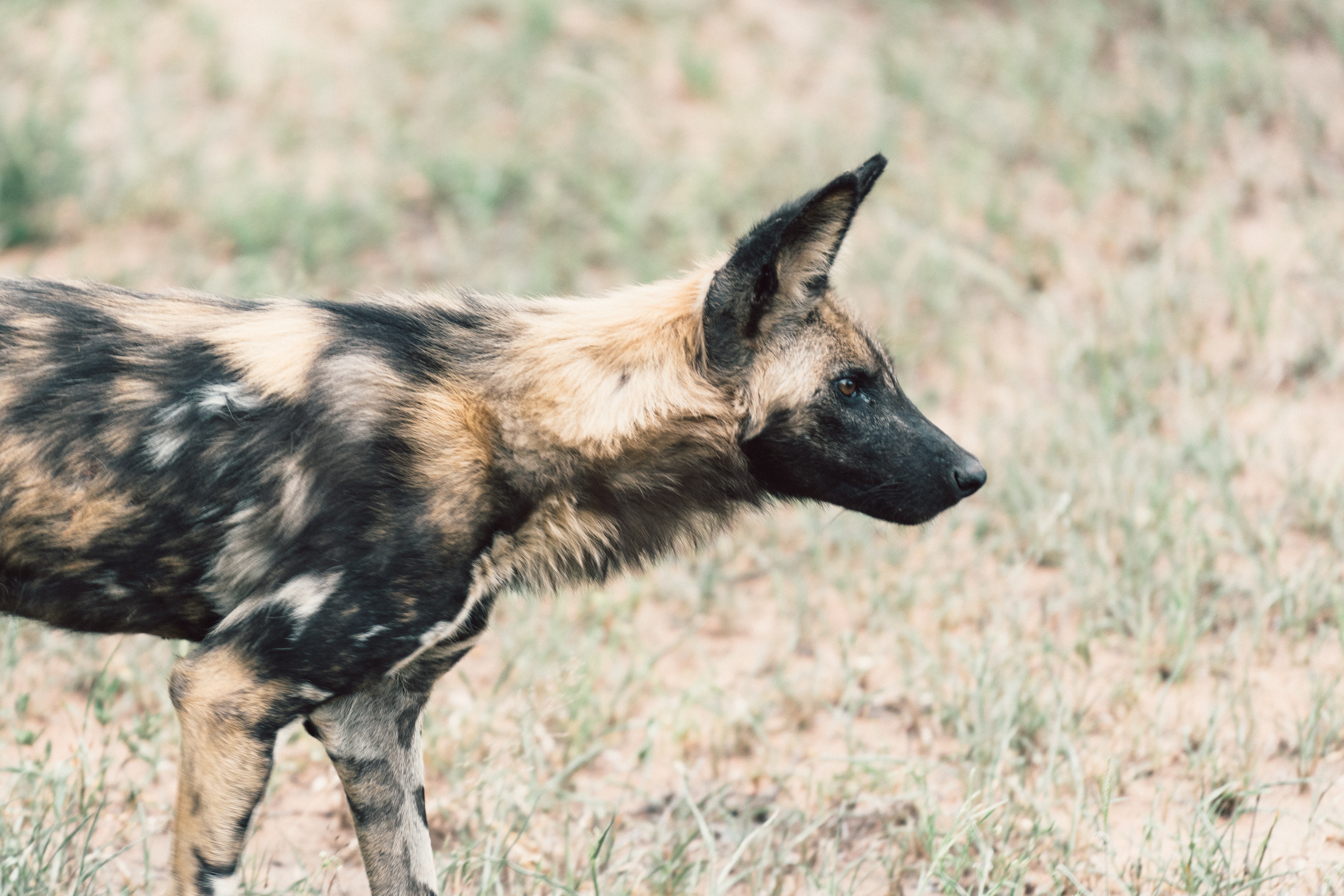 The Kruger National Park is one of the largest natural reserves of South Africa. It measures 360 km from north to south and 65 km from east to west. It is just over 2 million hectares in size – about the size of Israel.

The Kruger National Park was first established by the president of the Transvaal, Paul Kruger, in 1898. Realising that the lowveld animals needed to be protected, the area between the Sabie and Crocodile Rivers was set aside for restricted hunting in 1884. Kruger’s revolutionary plan only fully came to fruition in 1898 when the Sabie Game Reserve was established (later to be renamed the Kruger National Park).

It got the title of the first national park of South Africa in 1926. The park was fenced during 1959-1960 to facilitate border patrolling and to prevent movement of poachers.

With the increasing popularity of Kruger National Park, many private landowners started their game reserves around the boundaries of Kruger National Park. All these private landowners made an association which came to be known as Associated Private Natural Reserves (APNR). APNR, a non-profit organization, was started by about 20 private farm owners with an agenda of conservation of wildlife and development of the local community. 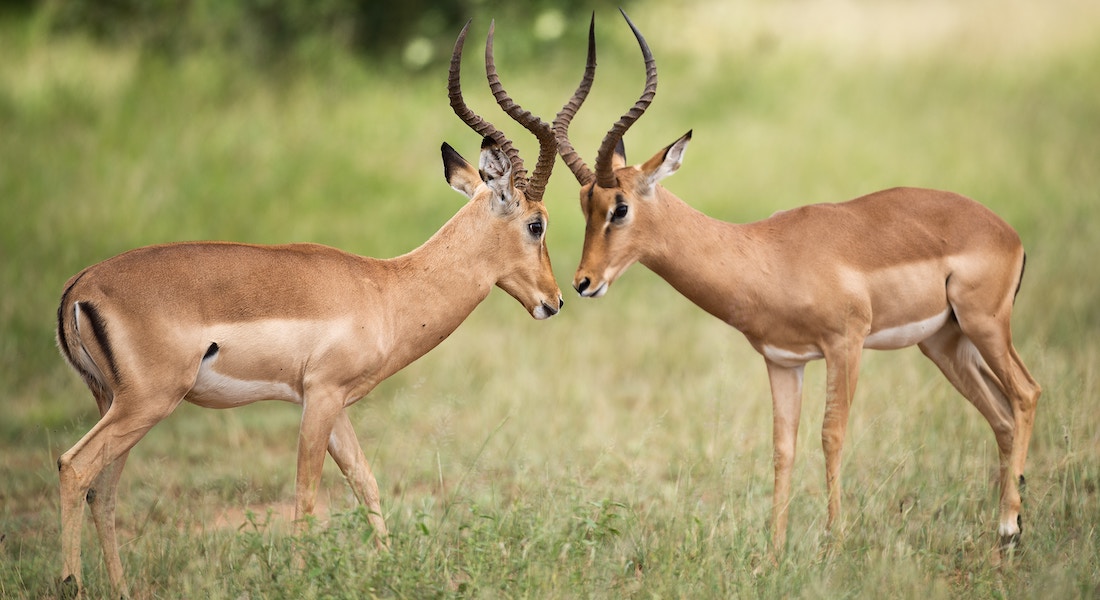 These landowners in total had an area of 1800 square kilometers. These natural reserves were joined with Kruger National Park, and fences between their boundaries were removed. This additional area came to be known as Greater Kruger Park.

An introduction to the Greater Kruger reserves

There are now over 20 private reserves to the west of the Kruger National Park which make up the Greater Kruger Park. The most well-known reserves include Timbavati, Kapama, Sabi Sands and Thornybush.

Timbavati Private Nature Reserve was established in 1956 by a collective of game farmers. Today, the association has 50 members and covers 53,392 hectares. The Reserve falls within the internationally declared Kruger 2 Canyons UNESCO Man and Biosphere, and within the Great Limpopo Transfrontier Conservation Area (GLTCA).

Timbavati is home to over 40 mammals, including the African Big Five. Birdlife is prolific with 360 species of bird making the Timbavati a bird lover’s paradise. The biggest draw to this area is, of course, the white lions of the Timbavati. Wild white lions are rarely seen anywhere other than in the Timbavati Game Reserve, suggesting that the ‘white gene’ pool is almost completely unique to this area. 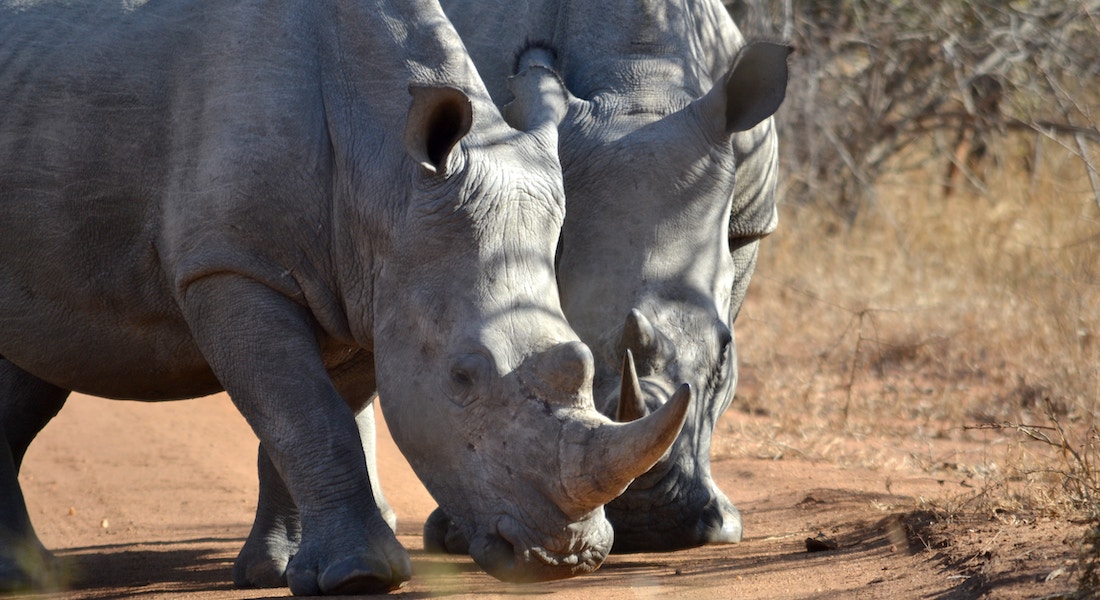 Kapama Private Game Reserve is a prime Big 5 safari destination in the Greater Kruger Park offering ultra-luxury accommodation near Hoedspruit in Limpopo Province. Kapama is home to an abundance of wildlife, with over 60 mammal species including Africa’s Big 5 mammals. More than 360 bird species have been recorded.

Arguably, the most famous private game reserve in the Kruger area, Sabi Sands Game Reserve is home to many different lodges that all have something unique to offer. Some are ultra-luxurious, and some are quite affordable. The Sabi Sands is particularly well known for its amazing leopard sightings. The most elusive animal of the Big 5 is frequently spotted when going on a game drive in the reserve. 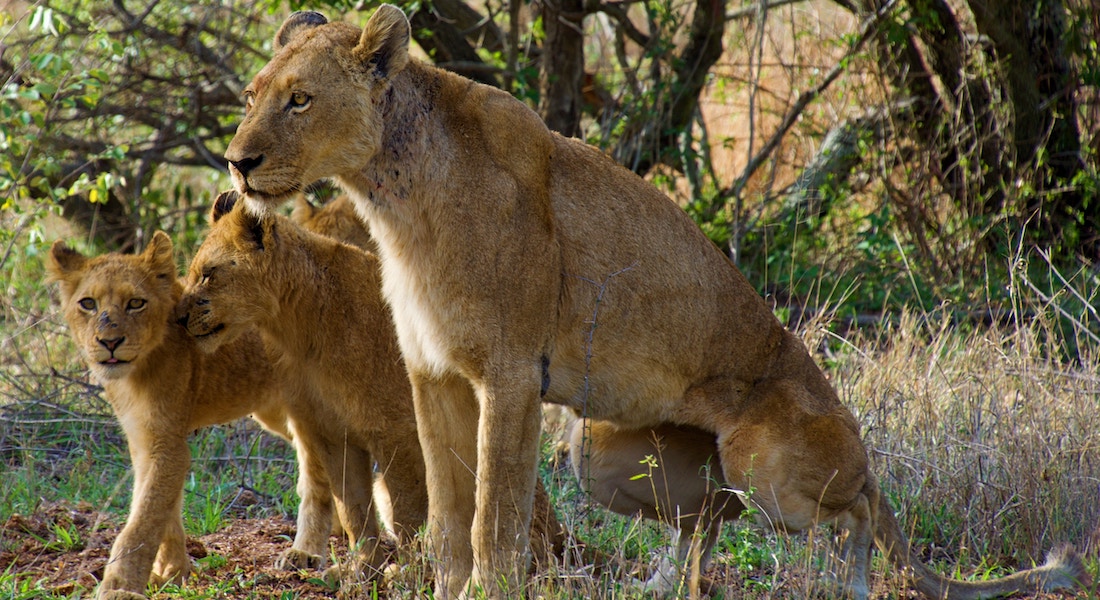 Sharing a fenceless border with the equally famous Timbavati Game Reserve, Thornybush Private Game Reserve is 11 500 hectares of prime big game habitat. Game viewing in the reserve ranks as some of the best in Southern Africa and visitors to Thornybush are virtually guaranteed the Big 5 within a day or two.

Thornybush has a near perfect year round climate, making Thornybush a perfect destination for a family safari. Thornybush has earned its reputation as one of the country’s finest bush experiences.

One of the main differences between GKP & KNP is accessibility. The Kruger National Park is run by the state and enjoys a very large portion of the North Eastern corner of South Africa. The Park is open to overnight visitors & self-driving day visitors. Here you will find a network a tarred roads and dirt roads, all well sign-posted to various rest camps, picnic spots & other areas of interest. Greater Kruger Park, however, allows off-road driving, has open-topped vehicles and gives visitors exclusive access to large parts of wilderness not accessible today visiting guests.

Let’s take a look at other reasons why one may be preferred over the other. 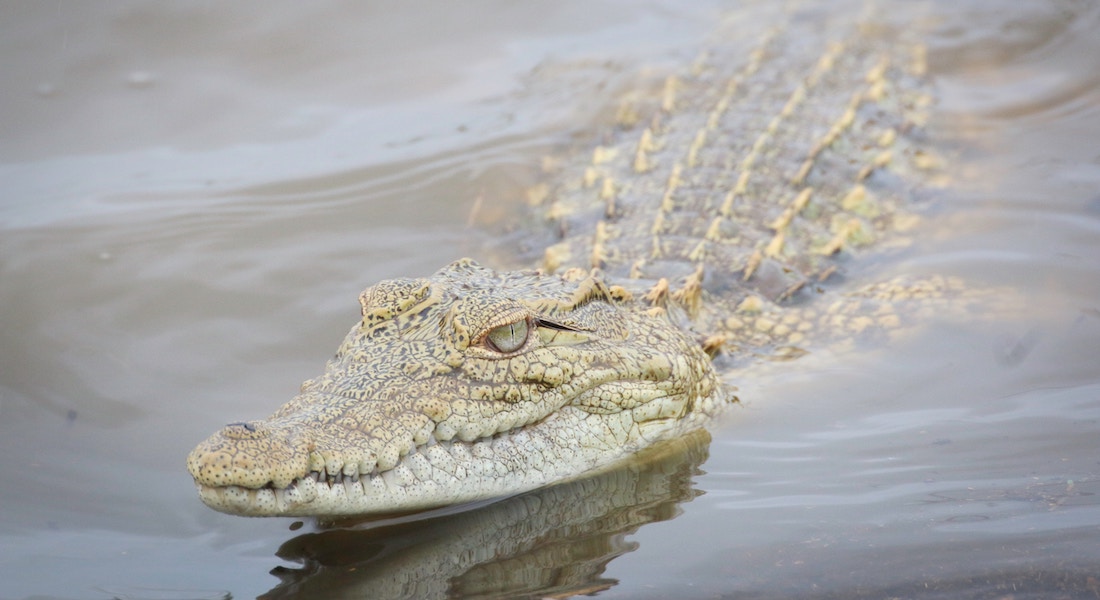 Reasons why Greater Kruger may be better for you:

-Limited entries: Greater Kruger Park is quite strict about how many people are entering the reserve at a time. They ensure that the area is not overcrowded and you get the intimate safari experience you wish for. A maximum of two vehicles is allowed at a sighting at any one time.

-Closer encounters: Greater Kruger Park offers walking safaris and night safaris along with day safaris to give you the authentic safari experience. Guides will get you as close to the animals as possible without compromising your safety or the animal’s wellbeing.

-Experienced guides: Guides in Greater Kruger have excellent tracking skills. They make sure that you do not miss even the smallest of animals and will educate you on the sights, sounds and smells of the bush.

-Superior accommodation: The accommodation in the Greater Kruger Park is generally more upmarket, exclusive and more intimate than the National Park. 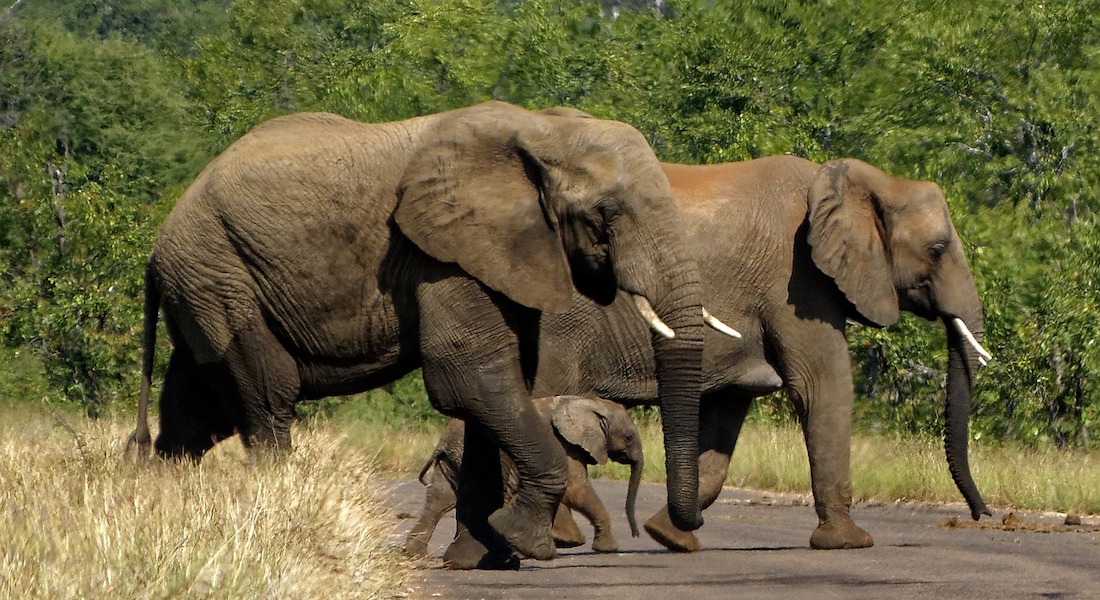 Reasons why Kruger National Park may be better for you:

-Larger area: KNP has an area equivalent to that of Israel in size. A larger area ensures longer safaris and more varied landscapes and subsequently the chance of spotting a greater diversity of wildlife.

-Self-drive: KNP gives an option to go for self-drive safaris. Most roads are tar roads, therefore a 4×4 vehicle is not necessary. The beauty of self-drive is the freedom, you can wake up when you want to and if you so wish, sit at a waterhole all day waiting to see what comes down to drink.

What makes a safari special is traversing the bush, listening to and observing the surroundings for signs of game you are hoping to spot, going off-road and eventually sighting the animal. What makes it more special is enjoying the experience in seclusion and this is what you get with a private reserve within Greater Kruger. In the national park, however, you will be sharing the sighting with countless other vehicles and you don’t have the freedom to go off-road and fully embrace the bush.

At Ntaba African Safaris we take our clients to Greater Kruger Park if you would like to discover this scenic wilderness, email info@ntabaafricansafaris.com and we will make it happen!