The Republic of Mauritius is an island nation in the Indian Ocean about 2,000 kilometres (1,200 mi) off the southeast coast of the African continent. The country includes the island of Mauritius, Rodrigues [560 kilometres (350 mi) east], and the outer islands (Agaléga, St. Brandon and two disputed territories). The island was uninhabited until the Dutch Republic established a colony in 1638, with the Dutch naming the island after Prince Maurice van Nassau. The Dutch colony was abandoned in 1710, and, five years later, the island became a French colony and was named Isle de France. Due to its strategic position, Mauritius was known as the “star and key” of the Indian Ocean

The people of Mauritius are multiethnic, multi-religious, multicultural and multilingual. The island’s government is closely modelled on the Westminster parliamentary system, and Mauritius is highly ranked for democracy and for economic and political freedom. Along with the other Mascarene Islands, Mauritius is known for its varied flora and fauna, with many species endemic to the island. The island is widely known as the only known home of the dodo, which, along with several other avian species, was made extinct by human activities relatively shortly after the island’s settlement. Mauritius is the only country in Africa where Hinduism is the largest religion

Mauritius is a blend of diverse cultures and religions. The population consists of Hindus, Creole, Chinese, Muslims and Europeans.

People in Mauritius drive on the left-hand side of the road and give way to the right. Foreigners with a driving licence issued by a Competent Authority in their respective countries are allowed to drive during their stay in Mauritius.Take your best beach and casual wear. In the winter months (June -September), carry some light woollen clothing for the cool evenings.
Please show due respect when visiting religious places. Wear appropriate clothing (and remove leather shoes and belts) when entering the premises.

Grand Bay was the first area of the island to fully experience the tourist boom. A shopping and leisure paradise, Grand Bay also happens to be the area where Mauritians head for when they want a fun-filled night out (restaurants, bars and discos). Recently renovated, La Cuvette beach is well worth a visit. 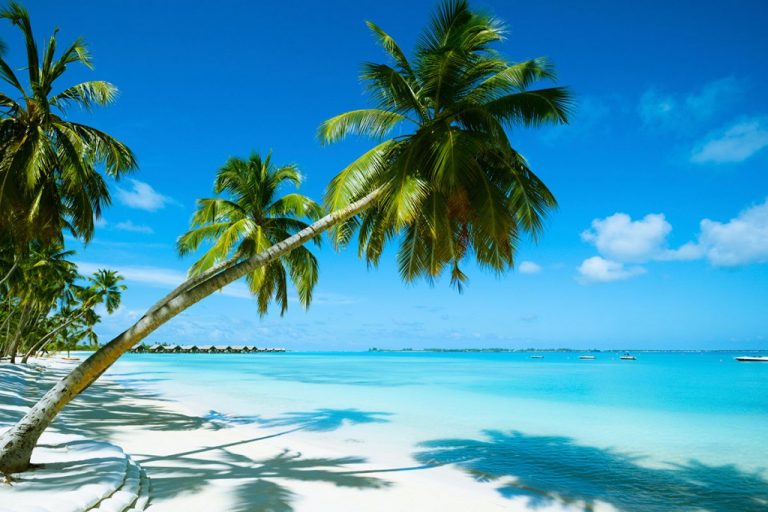 The wonderful Pereybere public beach is popular because of its shopping facilities, restaurants and pubs.

The longest village on the island, Triolet offers an opportunity to visit the biggest Hindu temple, the Maheswarnath, first built in 1819 in honour of the Gods Shiva, Krishna, Vishnu, Muruga, Brahma and Ganesha.

A few metres away from Baie aux Tortues, which 17th century sailors named after the many tortoises in the area, can be found the ruins of the old Balaclava estate. Visitors will be able to see the sea walls, whose initial foundations were laid down by Mahé de Labourdonnais.

Lagoons of a typically tropical sweetness and endless white beaches : Mauritius is a real paradise for those who want to enjoy the sea or just to soak up the sun. Here is a list of the island’s finest public beaches.

The picturesque Port-Louis central market continues to be a meeting point for Mauritians looking for a curry or tea. Here you will find all the ingredients that help to create the charm of Mauritius: local crafts, vegetables, as well as herbal tea sellers. Built in 1844 the market is being renovated.

Enjoy a picturesque and affordable visit to Port-Louis’ Chinatown. The sellers of boiled chow mein and fish balls form part of the picturesque scene in an area where you can find almost anything at an affordable price.

During the past years the Caudan Waterfront has become an unavoidable route for those who wish to have a taste of the best of Mauritius. Offering more than just rows of shops and restaurants Caudan Waterfront also enables you to discover Mauritian expertise in all fields, as you stroll around the area. Fast food or gourmet cooking, jewellery and local crafts, everything to suit all tastes.

Go mountain climbing or explore nature through forests, plants or endemic flowers. Enjoy the spectacular beauty of waterfalls or live an exciting adventure by going down the waterfalls.

Take breathtaking views on foot, on bike or kayak; or go trekking through fields, rivers and forests on all terrain quad bikes and discover the magnificent views of the south-eastern coastal regions. Adventure also means sharing the pleasures of fair game culling in the south-east where many stags, does and boars roam freely on grounds of 900 hectares, covered with tropical forests. The main tour operators of the island have included in their packages a “nature” element which does not fail to bring to light a few spectacular sites. Be it “Yemaya Adventures” with former world cycling champion, Patrick Haberland , “Fun & Culture” with Yan de Maroussem or “Aqualonde” and Espace Aventure, green Mauritius is now discovered at different rhythm .

Mauritius is composed of 700 species of indigenous plants. Many of these plants are threatened with extinction. This is because there is less than 2% of their natural habitat left, and because introduced plants and animals compete and destroy their fruits and seedlings.

In collaboration with the National Parks, the and Conservation and Forestry Services, the Mauritian WIldlife Foundation is working to protect the species and the forest for future generations.

Skin-diving masks, flippers and scuba diving equipment … enjoy one of the happiest experiences in the world! Whether you are in a diving suit or in a submarine, Mauritius can introduce you to the secrets of its submarine world.

One of the most spectacular ways to explore the ocean beds is to go on board the Blue Safari submarine. You will enjoy a superb encounter with the marine life and get a chance to see various wrecks dating back to the 17th century. Night diving, «honeymoon» diving and training sessions are available.

A semi-submersible will provide you a one hour trip under the sea in complete safety. A unique experience with optimal viewing for passengers of all ages. And for those who want to experience the feeling of walking on the sea bed, you can!

Whether it’s a family vacation, honeymoon, etc, Mauritius is sure to put a smile on everyone’s face!