When you visit the Wild Horizons Elephant Sanctuary and Orphanage just outside the town of Victoria Falls, Zimbabwe, you’re doing more than having an encounter with a rescued or orphaned elephant.

When you stroke Coco’s trunk (a 43-year-old female named after the great clothing designer) or when you toss specially-formulated treats into Thembi’s mouth (14 years old), you’re doing more than getting up close and personal with these gentle giants.

When you watch the antics of little Simangoliso, a mischievous 2-year old, or participate in the Elephant Art Safari and paint this family of seven elephants, you’re doing more than creatively depicting the herd.

YOU are being part of the solution by joining with Ntaba African Safaris to participate in the Elephant Interaction, Elephant Art Safari, Walk with the Giants, and ‘Adopt an Elephant’ program.

YOU are being part of the Rescue – Rehabilitation – Release solution to help these highly social, incredibly intelligent animals return to the wild where they belong. 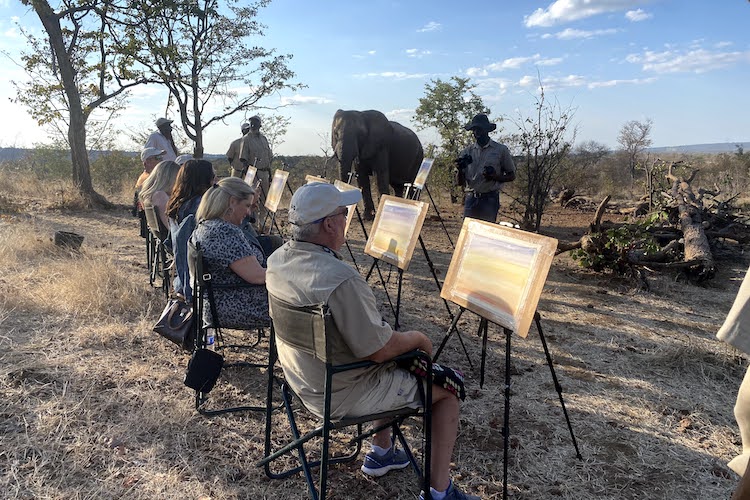 With the world’s second-largest elephant population, right after neighbouring Botswana, Zimbabwe has had its share of conservation crises. Between 1965 and 1988 the country carried out culling on five separate occasions, killing more than 50,000 elephants.

There is no simple solution to the issue of elephant population management in Zimbabwe. Yet in the midst of this uncertainty exists an ark of refuge, created in 1992 by Wild Horizons, a company with an uncontested, unwavering conservation ethic.

The Wild Horizons Elephant Sanctuary and Orphanage began with four orphaned elephants fondly known as “Jock”, “Jack”, “Jumbo “and “Miz Ellie” who were in desperate need of a new home. Rescued following a culling operation in Hwange National Park in 1980, they had outgrown their temporary home on a small farm. Wild Horizons created a facility that would enhance their lives and provide a safe haven for them and, over the years, for 37 orphaned and injured elephants in need of care. 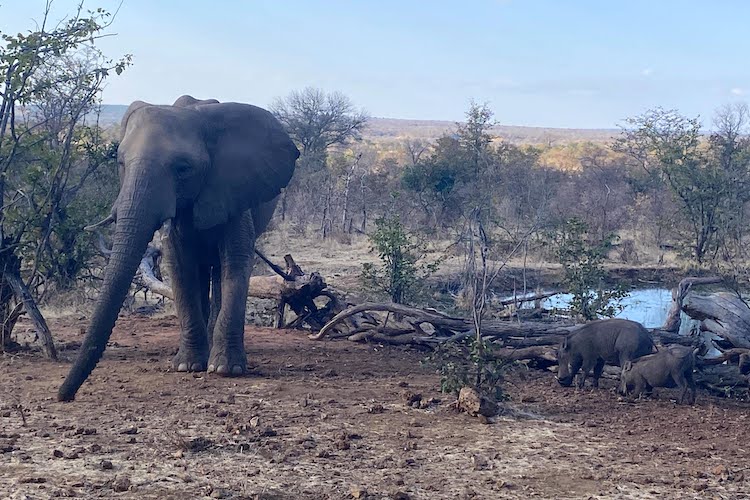 With a strong belief that ultimately the best environment for all elephants is in the wild, Wild Horizons created a graduated system of Rescue – Rehabilitation – Release, striving to ensure that as many animals as possible return to a wild environment.

Today 3 herds – a total of 17 elephants – live at The Elephant Sanctuary and Orphanage, with one herd being on ‘soft release’ and preparing to be fully released into the bush. Through a collaboration with the Victoria Falls Wildlife Trust, the priority for the Sanctuary is to preserve and protect elephants in the wild. Elephant keepers, some of whom spend 24 hours a day caring for the youngest and most vulnerable orphans, have been equipped with expansive training and knowledge to ensure dignified care of the animals. The bond between keeper and elephant is unique and can last for decades, and the trust and communication which develops between them reflects the highly relational nature of elephants.

The Elephant Sanctuary aids conservation efforts by contributing to global expertise on the most effective ways of caring for orphaned elephants. They also work hard to raise public awareness and educate future generations about the importance of conservation through visits from local schoolchildren. 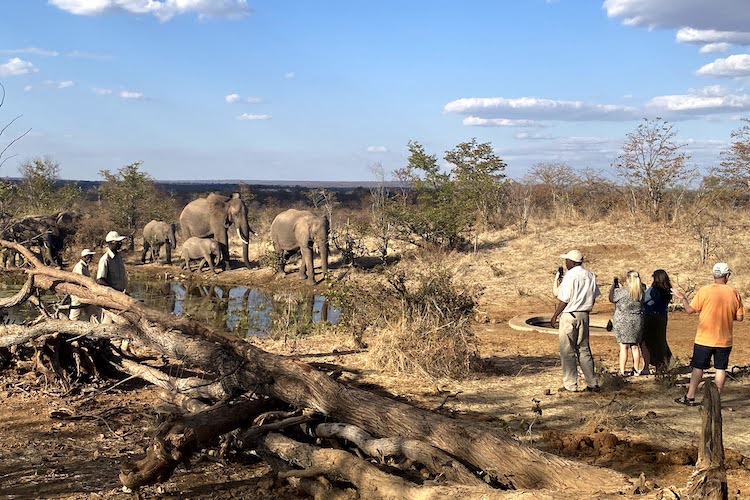 Whether guests are participating in an Elephant Interaction, Elephant Art Safari, or Walk with the Giants experience, they will hear and see first-hand the important work underway and develop a sense of environmental responsibility by witnessing what stands to be lost. And through the ‘Adopt an Elephant’ program, supporters around the world can play an active role in elephant conservation in Zimbabwe.

Ntaba African Safaris doesn’t send you to Africa. We take you there.
And we proudly stand behind conservation initiatives throughout the continent.

Would you like to visit the elephants at Wild Horizons Sanctuary?