Conservation is a hot topic globally – it has been for some time and for good reason. We find ourselves bombarded with some seriously big issues – the impact on the survival of species, the devastating effect of poor land management, the loss of natural habitat – and we can get lost in the enormity of it all. Sometimes we just need to step back and recognize the impact conservation has on entire people groups, on the many smaller, ‘overlooked’ countries.

Let’s talk numbers. Not just for number’s sake, but numbers that are impacting wildlife conservation.

Zimbabwe had, at one time, an abundance of forests and wildlife. It was the leading destination for wildlife-based tourism and was once the agricultural breadbasket of Africa. Recurring droughts, poverty, a growing population, political instability, and now a global pandemic threaten the country’s wildlife and tourism industry. Add to that a lack of fuel for rural populations, food insecurity, mass deforestation, damaged and eroded soil, and you have a perfect storm for the destruction of what fertile farming land is left. This forces people to turn to poach as a means of providing food for their families and to earn an income.

The Great Elephant Census, which spanned 18 countries and was released in 2016, shows that the African elephant is now endangered. This is primarily due to poaching, conflict, and loss of habitat. In just 30 years one species – the Forest elephant – which is found in Central and East Africa, have seen an 86% decline in population. The Bush – or Savanna elephant – which is found in Zimbabwe, saw a decline of 30% in just seven years (World Wildlife Fund, 2018). 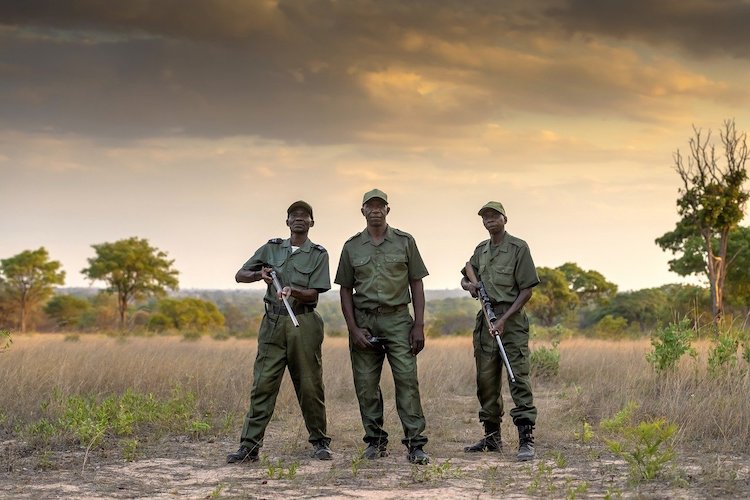 Rangers are using outdated equipment and radios that poachers can hack

Conservation intervention has reached a critical stage to ensure Zimbabwe’s natural resources survive for future generations. While Zimbabwe is a highly educated country, training opportunities are needed for nationals to learn new skills that aid in conservation. Conservation initiatives have exceptional staff, but they lack the resources needed to protect their regions. Rangers are using outdated equipment and radios that poachers can hack, accessing sensitive communication among anti-poaching units. Increased security provided by improved technology and better coordination of operations between rangers and reaction units, is key to fighting Zimbabwe’s poaching crisis. If poaching continues at this pace, elephants in some regions of Zimbabwe will be decimated within the next three decades.

However, elephants aren’t the only iconic species suffering at the hands of poachers. Zimbabwe is home to the world’s fourth-largest black rhino population after South Africa, Namibia, and Kenya. Organized gangs of poachers slaughtered nearly one-quarter of the country’s rhinos between 2007 and 2009, and poaching remains the greatest threat today driven primarily by demand from Asian markets, particularly Vietnam and China.

Organizations such as Africa Wildlife Foundation (AWF) work with the Zimbabwe Parks and Wildlife Management Authority and other key partners to strengthen the capacity and management of rangers throughout the country. AWF, with support from the European Union, is working with the Zambezi Society to implement and address the unsustainable use of natural resources in and around park borders.

Conservation of wildlife was, until recently, a matter of high national priority. Decades of uncontrolled hunting and the spread of commercial agriculture and human settlement which destroyed animal habitats had a severe impact on wildlife. Today, approximately 13% of land in Zimbabwe falls under the care of the Zimbabwe National Parks authority.

More recently, the economic collapse of the country has made the challenges of conservation even tougher. For many locals, poaching for meat has become a matter of their own survival and poaching for animal products such as skins, rhino horn, and elephant tusks have become prolific as poachers are offered, in some cases, the equivalent of one year’s wage for one rhino horn.

Add to that the use of wood for both firewood and curio carving has dramatically increased as curio carvers try to etch out a living. Community awareness of conservation, the value and importance of natural resources, and an understanding that it’s in the best interests of everyone to protect these resources, is a high priority for the nation. 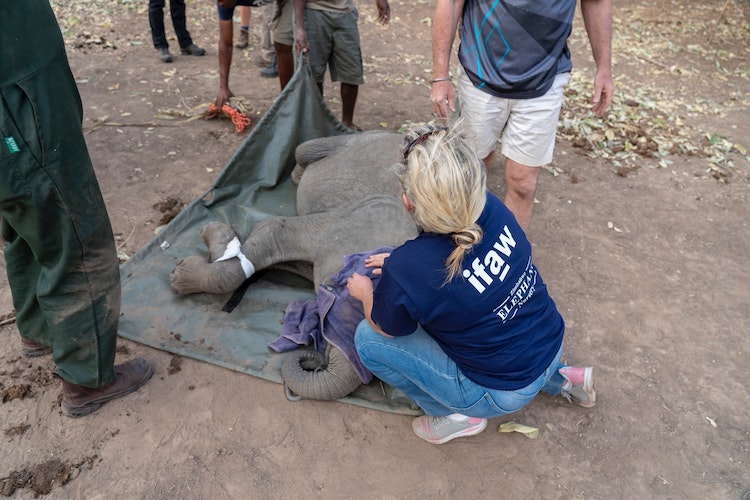 The picture isn’t completely bleak.  People from around the world are coming together to support initiatives already in place in Zimbabwe. They are passionately fighting to protect the magnificent African wildlife and the nationals who rely on this wildlife for their livelihoods.

What can you do?

Tourism, and all the spin-off and supporting industries, provides desperately-needed employment. By taking the focus off the need to poach to feed their families or provide income, jobs in the tourism industry can help fill the gap. Join Ntaba African Safaris on one of our upcoming trips to Zimbabwe and experience firsthand the magnificent wildlife. Meet the people whose lives are impacted by the tourism industry face-to-face.

Platforms such as Global Giving, the International Rhino Foundation, World Wildlife Fund and the African Wildlife Foundation provide opportunities to donate both financially and, in some cases, as volunteers. Consider how you can organize a fund-raising event in your community, or think about who you might know that could provide equipment or supplies essential to conservation efforts.

The Zimbabwean government and NGOs aim to educate all people about the importance of wildlife conservation in general and to create better relationships through mutually beneficial programs for locals, tourism players, and management authorities. But they need global support and that’s where we can all step in. Be an Ambassador of wildlife conservation – help inform those in your circle of the precarious situation in Zimbabwe. Spark someone else’s desire to make an impact for future generations.