When you book with an account, you will be able to track your payment status, track the confirmation and you can also rate the tour after you finished the tour.
Sign Up
962
DetailItinerary

The Virunga Mountains are a chain of volcanoes along the northern border of Rwanda, The Democratic Republic of Congo (DRC) and Uganda. The mountain range is a branch of the Albertine Rift Mountains, which borders the western branch of the East African rift. They are located between Lake Edward and Lake Kivu.
The mountain range consists of eight major volcanoes. Most of them are dormant, except Mount Nyiragongo 3,462 metres (11,358 ft) and Mount Nyamuragira 3,063 metres (10,049 ft), both in the Democratic Republic of the Congo. Recent eruptions occurred in 2006 and in January, 2010. Mount Karisimbi is the highest volcano at 4,507 metres (14,787 ft). The oldest mountain is Mount Sabyinyo, which rises 3,634 metres (11,923 ft) above sea level.

Arrival Kigali International Airport to transfer to your accommodation, depending on time of arrival possible city tour.
Overnight: at GolfhillResidence (B&B)

After breakfast, conduct city tour and visit Rwanda’s genocide, visit coffee plantation and various side trips on a scenic drive through Rwandan countryside to Ruhengeri Township in the foothills of the Virunga volcanoes.
Overnight: at Mountain Gorilla View Lodge (FB)

The mountain gorillas in the Volcanoes National Park are part of a worldwide population of just about 800 individuals. The gorillas we are allowed to track belong to one of the 8 habituated family groups that live in this mountain park.
The gorillas are by no means tame, and are completely wild animals. Experienced guides will accompany us on our tracking, many of who have been involved in the habituation process themselves. The guides and trackers will use their knowledge of the gorilla’s habits and information from the previous day to locate the groups’ whereabouts once the gorillas are located, the group will be allowed a maximum of one hour with them. This is one of the world’s truly memorable experiences-a look into one of these magnificent creature’s eyes brings home the poignant fact that they are on the edge of extinction, and that our presence here contributes to ensuring their continued survival. Return to venue as per the previous day
Overnight: at Mountain Gorilla View Lodge (FB)

Today we have variety offers golden monkeys, visit Mt. Visoke or visit the Karisoke Research Center. This afternoon, continue exploring the cultural highlights of this area and visit the Iby Iwachu Cultural Centre for cultural dancing and an informative experience about traditional local medicine. This cultural group was formed by pygmies and ex-poachers and we shall listen to their side of the story after abandoning the illegal practice.
Overnight: at Mountain Gorilla View Lodge (FB)

After breakfast, you will transfer to Gisenyi town which is located on the shores of Lake Kivu. On arrival, you will go for relaxing activities like swimming, sport fishing and boat cruise. The cruise will provide you with a spectacular view of the Kibuye and Gisenyi towns.
Overnight at Lake Kivu Serena Hotel (FB)

Depart Gisenyi early morning to cross the DRC border, clearing with customs to then proceed directly to Kibati Patrol post the start post for the Nyiragongo volcano climb. Its approximately 30minutes drive from Goma to Kibati.
Today is the real adventure when you spend a day hiking the live volcano Nyiragongo. The 4-5 hour hike through lush rainforest takes you to the spot where the volcano erupted in 2002.
Overnight at Cabanas at the top of the volcano.

After breakfast start the descent of Mt. Nyriangongo to arrive at the head of the trail and meet your vehicle to proceed across the border to Uganda
Overnight: at Gahinga Lodge

After breakfast proceed to Mgahinga National Park head quarters for briefing to the start a Volcano climb of Mount Sabinyo. Mt. Sabinyo, at 3,669m, takes about eight hours to cover the 14km round trip, following a steep ridge up to the peak this trek will be conducted in the company of your Nkuringo Walking Safari guide.
Overnight at Gahinga Lodge

After breakfast with your drive proceed by vehicle to Nkuringo
Optional activity – Canoe excursion on Lake Mutanda to Rendezous with vehicle and transfer to Nkuringo on the edge of Bwindi Impenetrable Forest.
Overnight at Nkuringo Bwindi Gorilla Lodge (FB)

Following a briefing, visitors embark on a forest trek lasting from a few hours up to a full day, depending on the location of the gorillas as they range freely in the impenetrable forest, which family ranges the Kashasha river valley below the Nteko ridge. On completion of this once in a lifetime opportunity you will return to Nkuringo to relax and reflect back on the day’s experience
Overnight. Nkuringo Bwindi Gorilla Lodge (FB)

After breakfast with your walking safari guide report to Uganda Wildlife Authority visitor’s reception to meet you park ranger escorts to then commence the walking safari activity via the Kashasha river route with the visit to the Muyanga water falls to Buhoma. Rendvezous with your vehicle to transfer to QENP.
Overnight: Ishasha Jungle Lodge (FB)

Early morning to proceed to Park for the AM Game drive in the Kasenyi sector of Queen Elizabeth National Park the tracks through Kasenyi, the North Kazinga Plains offer virtually guaranteed buffalo, antelope and elephant sightings, along with warthogs and baboons. Taking an experienced guide in the early morning or at dusk is the most successful way to track down a pride of lions, and maybe even the odd leopard, in the afternoon conduct boat cruise on the Kazinga Channel
Overnight: Kasenyi Safari Camp (FB)

Full day chimpanzee tracking activity at Kanyanchu, clients to report at 6:30am for full day chimpanzee habituation experience where the clients will spend time with the Chimpanzees from nest to nest. Kanyanchu’s chimps have been tracked since 1993 and the chances of locating them are excellent
Overnight at Kibale Forest Camp (FB)

Morning visit of the Bigodi swamp walk, to then proceed with your driver for 6hour drive to Entebbe, various stops enroute for photographic opportunities and visiting local markets along the road. Transfer to your accommodation at Papyrus Guesthouse.
Overnight: Papyrus Guesthouse (B&B) 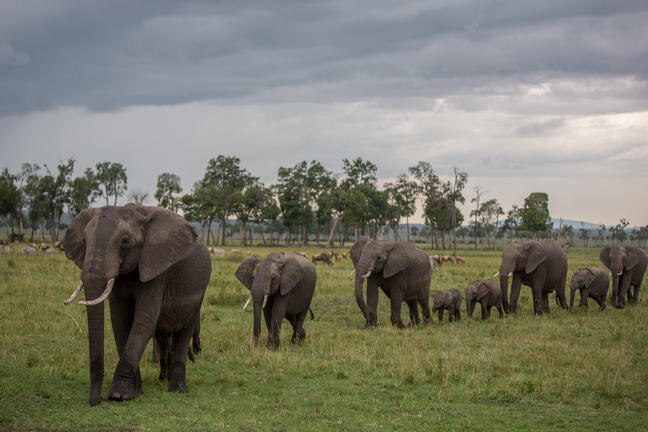